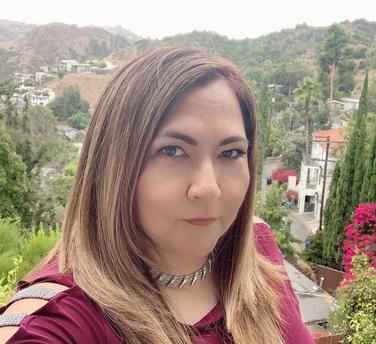 My name is Lilia Willis, I was born in Mexico City in 1965. Since I was a young child there was something different about me regarding my sixth sense. My parents used to say that I was able to tell things about others just by looking at a picture, people, events, or places. My family compared me to my Great Grand Mother who was a “Healer “in her own town called “Cuhautepec” right outside Mexico City. My parents and Grandmother were amazed at how mature and compassionate for animals I was at a very early age. I remember being able to communicate with our dogs. Sure enough, I had a premonition one day about my own mothers’ s passing, right six months before she died of a terminal illness. It happened just like seen it in my nightmare, right before she passed away, I started to see Auras on random people at home and at school. Had so much fun during my middle school classes doing so, I will never forget these significant events.

I immigrated to the United States in 1986. I found a good opportunity to work with my family. So, I was able to settle in Ghostly Glendora where I witnessed many paranormal events at the Victorian House I was renting at the time. This changed me forever in the way I viewed the paranormal activity. It was no longer a strange or scary thing to see appliances turn on by themselves, lights turn on and off all on their own, shadow figures walking in the hallways.

Interesting enough for me to become part of a paranormal investigation group called “Claranormal”. We visited places where paranormal activity has occurred. For example, private homes that claimed to be hunted, churches, colleges, etc. The paranormal experiences became such an amazing part of my life for me. Being able to read for people and places, especially with the satisfaction to do this accurately for the most part. I continue to do so until this day. After the group president retired from the field and the group was no longer in pace, He connected me with the Oman House a well-known hunted house on Cielo Drive, Benedict Canyon in Beverly Hills. David Oman opens the doors of his house sometimes to people interested in the paranormal field. I have been conducting Sessions of Seances for the visitors there since 2014. I also enjoy doing card reading for people, among other activities that allow me to communicate with souls on a different dimension. My faith in God or a Higher Power keeps me grounded and in check with my own spirit. Grateful for life! Thank you.

To get in touch with me for private psychic readings please email me at Angelcards777@gmail.com