Nick Groff  Co-founder of the Ghost Adventures Crew who is best recognized for starring on the Travel Channel's Ghost Adventures. He also produced the series Vegas Stripped and directed the 2004 film Malevolence.

Executive Producer/Co-Creator/Editor/Investigator for Ghost Adventures: The Original Documentary. Award winning documentary! Aired on SyFy Channel in 2007 and Travel Channel 2008 to 2014..

I Co-Founded GAC (Ghost Adventures Crew): A world-wide Paranormal Community uniting as one to Investigate the "other side".

The supernatural has always been on my mind since I could remember. I will keep pushing the limits even further, as I adventure off into new dark and interesting places on my journey in Life. My quest is to research and study what else is out there beyond the realm we live in...Where does our energy go when the body dies, What's Next... 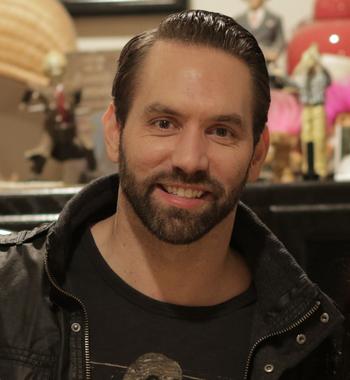