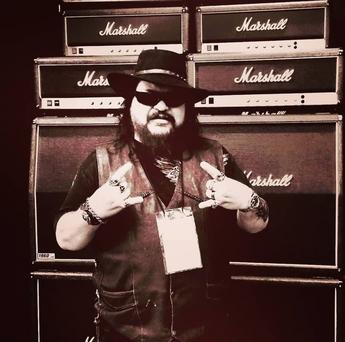 
Stefan Brigati has been investigating and researching the paranormal for almost 30 years as well as studying the Paranormal and the theories behind hauntings. He is also the Founder of Pacific Coast Paranormal in 1991.

Stefan is known as the host of My Darkest Hour Radio on Live Paranormal and History FM in 2017 his show has reached over 1 million followers.

In addition to Investigating the paranormal he is a well-known educator in the field by doing seminars and hosting events for Paranormal groups all over the world.

Stefan is currently filming a TV show for a major network about helping people involved with hauntings and has appeared on many radio shows and has appeared on A&E, Animal Planet, BBC1, BioTV, Discovery, Green Channel, HBO, History, National Geographic, Real TV, SyFy, Travel and more.

His photos and articles also appear in many magazines and books like Americas Haunted Road Trip, Time Square Press, Stars Illustrated Magazine and the book 2015-2016 World’s Best, Most Trusted and Most Popular Lightworkers.

He has appeared in many documentaries and TV shows such as My Ghost Story, Haunted Hollywood, Paranormal Witness, My Ghost Story: Caught On Camera.

Stefan is well known for bringing Scientific and Metaphysical theories together. The book “The Science of a Haunting” is about how both theories existing in the Paranormal.